Why is Wall an idea friendly town?

We have been trying new things, celebrating successes and learning from failures.

We have been gathering our crowds, making connections and taking small steps.

I recently had the opportunity to attend the Rural X Conference in Aberdeen, hosted by Dakota Resources. The conference brings together big thinkers from small towns to share ideas, inspire one another and solve problems. Two of the keynote speakers, Becky McCray and Deb Brown from http://saveyour.town shared how we can make our towns more idea friendly.

To be idea friendly, they say you have to gather your crowd, make connections and take small steps. This made me think about all of the great projects Wall has brought to life. Wall truly is an idea friendly community!

The idea for the Wall Field of Films started with Marketing Hometown America. We gathered our crowd by bringing community members together to share ideas. We talked about what we love about Wall and what could be improved. Connections were made during the community conversations and the action forum held in March. Then, we started building connections and taking small steps. Wall High School student Sierra Wilson volunteered to lead the first Wall drive-in discussion. She gathered her crowd and invited others to join the conversation. She worked with several volunteers (which included several Wall High School students and recent graduates) to start putting together a plan. She needed a place to hold the drive-in, so she asked the school to use the old football field, which was sitting as an empty lot. Because the school leaders are idea friendly, they let her use the land! Then, she asked the Wall City Council to support the project. They are also idea friendly! They told her to go for it! The Wall City Council donated $2,500 to help get the project off the ground. After just two months of planning, the “Wall Field of Films” was born. The “Wall Field of Films” has since shown three movies and plans to show more throughout the summer and early fall.

What if Wall was not idea friendly? A high school student would not have felt it was possible to make something happen, so she may not have signed up to lead the discussion group. The school may have believed that it would not work, so they may not have let her use the land. The City may not have wanted to support a project they thought might fail, so they could have declined her funding request. Volunteers could have thought, “Oh, nothing ever happens in this town. I’m not going to spend my time working on something that won’t happen,” and the project would have never moved forward.

In the “Wall Field of Films” example, it is easy to see how an idea friendly community can make things happen!

When you think of the Wall Crawl, I hope you immediately think of Wall as an idea friendly community. In November, the Wall Economic Development Corporation (WEDC) held a “Lunch and Learn,” which featured a http://saveyour.town webinar called “Bringing Your Downtown to Life After 5 pm.” After the webinar the attendees started sharing ideas about how Wall could make downtown more lively at night. Several ideas were tossed around including: a tractor show, a downtown scavenger hunt and an art walk. Then, one attendee said, “Why don’t we do something during the Sturgis Motorcycle Rally?” The group thought, “Why not?” They decided it was time to try something new! The Wall Crawl and the Wall Crawl Planning Team was born.

Now, remember, Wall had never tried anything like this before. It was an idea that had been talked about for years, but never went past the idea stage. By gathering the right crowd and encouraging new ideas, the Wall Crawl Planning Team felt inspired to stop talking and actually make something happen. The team started building connections. They reached out to others that might be interested in helping with the Wall Crawl event. For example, they wanted to have a Poker Run, but had no idea how to effectively run the event. That is when they reached out to an area nonprofit, the Ride Therapy Project, which helps rebuild motorcycles and ATVs for disabled veterans. The group thought this would be the perfect fit and decided to hold a poker run to help the Ride Therapy Project raise money for their cause. A local business owner and Wall Crawl Planning Team member offered to hold a Show & Shine in his business’ parking lot. He is even offering the winner a cash prize- out of his own pocket. The Wall Crawl Planning Team knew they had to make the event memorable, so they hired a band called 35th & Taylor! Thanks to an idea friendly Chamber of Commerce and Wall City Council, $10,000 was budgeted to make the event happen. Local businesses helped sponsor the event and many will wear Wall Crawl t-shirts the day-of to help spread the word. Several community groups are involved including: the Wall-Badlands Area Chamber of Commerce, Wall Economic Development Corporation, Badlands Harley Davidson, The Wall Rodeo Booster Club, The Wall Golf Course, the Masons group and several volunteers!

Why is this so idea friendly? Several individuals and businesses have donated time and money to a brand new event. The Wall Crawl Planning Team has no idea how many people will be there or how much money they will make (if any). Even with all of these unknowns, the planning team never said, “That’s never been done before. There’s no way we could ever pull it off. We will never get the community’s support. We’re just Wall, no one will come to our event.” Instead, they were idea friendly and said, “Let’s go for it! No one has done it before, but we have always wanted to! If we put our heads together, we can get this done and create something amazing for our community!”

Why is being idea friendly such a big deal?

I am proud to say that Wall is idea friendly. So, what are your ideas? Share your thoughts on the Wall Economic Development Corporation Facebook page and use the hash tag #IFWall

As always, thank you for being such a great community. It is because of you we have it all in Wall! 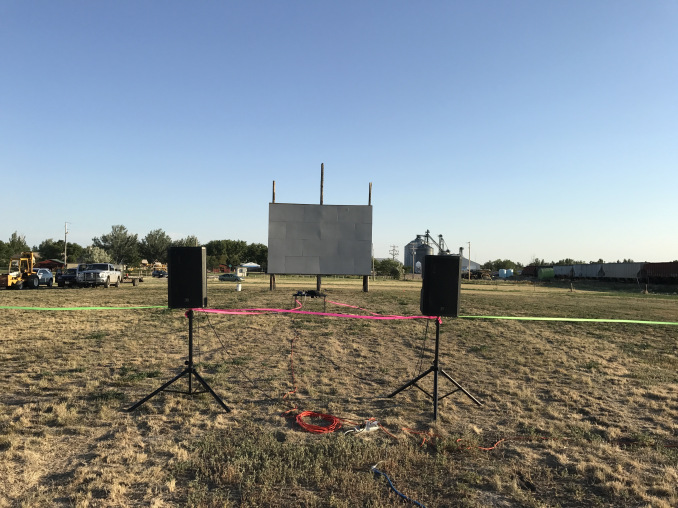 Why Wall Rocks Series – #2 Wall is Growing and Changing

Why Wall Rocks Series – #1 The People

Jun 1 2017
June 2017 The Wall Economic Development Corporation (WEDC) has been in existence for a little over one year. I have been in my position as the Executive Director for almost two years. Wow. It is amazing how quickly time passes! WEDC has been undergoing a strategic planning process over the las...Continue Reading

May 1 2017
Plant your tree! Each year, the Wall Economic Development Corporation is invited to attend the South Dakota Governor’s Office of Economic Development Conference (SD GOED), which took place the last week of April. This annual conference gives WEDC the opportunity to meet with economic development colleagues from across the state, shar...Continue Reading
Add to Report View Custom Report
South Dakota is ranked as one of the best states in the union to do business:

We have the Best Business Climate in the U.S.

No corporate or personal income tax in Wall, SD. Save money every year!

Keep more of your money. Wall has no personal property or business inventory tax.

No state-wide shutdowns during COVID-19. You’re in charge of your business.

Second most business-friendly state in the U.S.
Businesses love it here.